Many of my poems have been turned into songs, and I also have written several pieces as songs. When I visit schools, I travel with a musician, and the programs include concerts featuring my songs. These are incredibly fun, and they also help students see and appreciate the relationship between poems and songs.

Exciting News! The original song versions of “Pluto’s Not a Planet Anymore” (as heard on NPR’s All Things Considered) and “Nobody Knows Where Our Bus Driver Goes,” both performed by the amazing Alex Stangl, are back online. Check them out here: Pluto and Bus Driver.

One really fun co-write was the song “I Wanna Buy a Turtle.” I wrote the words and my son Christopher wrote the music. Chris then performed the song with his rock band NxT. You can stream it on YouTube by clicking here. Believe me, it’s a fun one!

I wrote all of the lyrics on two CDs, Sergio Wals’ Michael Closed the Bathroom Door, and Mick Brady’s Triple the Pickle. Both CDs have received a lot of radio play on children’s music programs and on programs featuring funny songs. 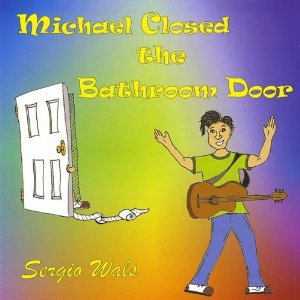 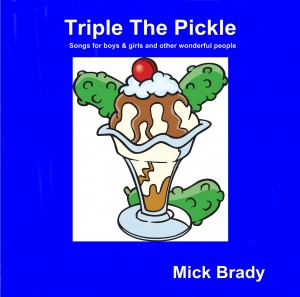 You can listen to all of the songs from Sergio Wals’ CD. You can stream the songs on YouTube by clicking on each song title: “How I Became a Black Belt,” “Daddy’s Making Dinner,” “There’s a Bully in My Locker,” “Regarding Laurie,” “The Toy Box Ate My Brother,” “Pluto’s Not a Planet Anymore,” “That Awful Falafel Waffle,” “Nobody Knows Where Our Bus Driver Goes,” “Four Houses,” “Laying Down the Laws of Motion,” “Michael Closed the Bathroom Door,” and “My Friend Jen.”

And here are the links to a few of my favorites from Mick Brady’s CD: “Dear Lunch Lady,” “I Saw My Teacher at the Beach,” Doin’ the Rock and Roll Hop,” and “Toledo has Zombies.”